Jack Lowe has done a lot over his 81 years.

A devoted husband, father, grandfather, and the former CEO of TD Industries for twenty-five years, Jack has consistently demonstrated a passion for giving back, especially in his community of Dallas, Texas. TD Industries, founded by Jack’s father Jack Lowe Sr., has been recognized by Fortune Magazine as one of the “Best Places to Work” repeatedly because of the company's use of the servant-leadership model. A past-president of the Dallas School Board, Jack has served on the boards of the Dallas Citizens Council, the Salesmanship Club of Dallas, the United Way of Metropolitan Dallas, the Better Business Bureau of Metropolitan Dallas, and the Dallas Zoological Society – just to name a few! He’s also served on the corporate boards of three different publicly-traded companies.

Jack and Mary, his wife of 35 years, have been Brady supporters for ten years, drawn to an organization that leads with common-sense solutions that unite gun owners and non-gun owners alike. A former gun-owner and hunter, Jack knows that certain guns – like the AR-15 – don’t belong in civilian hands: “There’s no reason anybody should have one of those or a large-capacity magazine.” Jack believes that Brady is the gun violence prevention organization that regularly has the most impact – including the landmark passage of the Brady Background Checks Bill.

At Rice University, Jack studied Electrical Engineering, and he’s a self-described “science-oriented” person who thinks gun violence needs to be studied as a public health crisis using science and data. Jack said, “If we pay attention to the science, I know we can get to the bottom of this problem and cut gun deaths.” Jack sees a lot of similarities between gun violence and car-related deaths prior to the 1970s. Once the public addressed the problem and studied its solutions, smart reforms like seatbelts and airbags were implemented to limit the number of deaths deriving from car accidents. Jack believes a similar approach should be taken for gun violence.

Jack is also passionate about Brady’s End Family Fire campaign that seeks to educate gun owners around safe storage especially as it pertains to firearm suicide. Jack notes that having a gun in the home drastically increases the risk of suicide. Jack knows the pain of firearm suicide all too well, having lost a close family member just last year.

While Jack gets frustrated with the lack of action from policy-makers, he knows that there is momentum behind the issue of gun violence prevention: “I know there’s a lot of things people can agree on, and this should be one of them.” Overall, Jack remains hopeful that we, as a country, are on the right track, and he is proud to support Brady — the proven thought leader in this work.

Still serving on a few boards, but mostly retired, you can now find Jack caring for Mary, having fun with his kids and grandkids, enjoying a social distancing happy hour with his sister and daughters in his cul-de-sac, and hopefully soon back to playing poker with his buddies and blackjack in a casino. 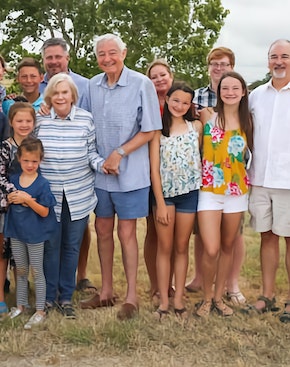