Gary Sackett is, like many of us, understandably frustrated. A strong advocate and supporter of Brady and the gun violence prevention movement for nearly 40 years, he is filled with passion, knowledge, conviction, and he’s never giving up despite the obstacles that we face.

Gary, a former mathematics professor-turned-attorney, joined Brady in the 1980s when our organization was called Handgun Control Inc. While in Washington, D.C., on business working as counsel for an interstate pipeline company, Gary met with then-Brady Chairman Pete Shields to discuss the state of the gun violence prevention movement and the fight to pass the Brady Background Check Bill. Soon thereafter, Gary became an unofficial spokesman for Brady in Utah, where there were few citizens willing to speak publicly for gun violence prevention measures.

Because of its history of success and leadership, Gary sees Brady as the beacon for the gun violence prevention movement with a proven track record of creating effective and meaningful change. In addition to his support of Brady, he is also proud to support other gun violence prevention organizations, including one that focuses on gun-violence research. Regarding how he first got involved in the movement, Gary says: “It made me angry that even back in the 1980s, it just seemed preposterous that we didn’t have a better control over such lethal methods for killing one another.”

Soon after getting involved in the movement, Gary helped form Utahns Against Gun Violence with Ron and Norma Molen, who lost their son to firearm homicide at Indiana University in 1992, and he continues to serve on the board of its successor organization, the Gun Violence Prevention Center of Utah. Despite living in Utah, where the state legislature recently approved a resolution declaring its support for establishing Utah as a so-called “Second Amendment sanctuary state,” Gary, his neighbors, and co-workers still manage to co-exist peaceably.

As he looks at the current landscape of gun violence prevention, Gary sees a difficult path forward at the federal level, but he was pleased to see President Biden announce his executive orders relating to gun violence, including a ban on “ghost guns” for which Brady led the push on. Gary is also encouraged by young people who are organizing and speaking out about gun violence. He hopes that their voices don’t fall on deaf ears, as he believes we must act now to address this public health crisis in spite of the political division we face.

Like Brady, Gary knows what it takes to be bold; he’s been a pilot for 50 years and is a proud member of the United Flying Octogenarians. As the pandemic winds down, Gary, who is mostly retired, looks forward to traveling again with his wife, Toni, flying to visit friends and family in Oregon, California, and Montana. Gary and Toni will also embark on a trip to Costa Rica before the end of the year. 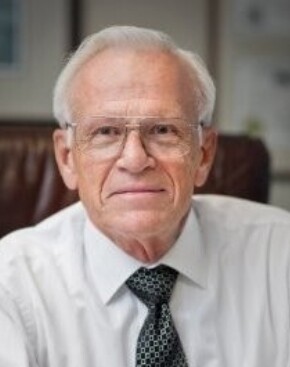