Gary N. Holland grew up in Long Beach and became a supporter of Brady over three decades ago, simply as a concerned citizen who was alarmed at the level of gun violence that he heard about on the news. Now, however, as a faculty member in the Department of Ophthalmology at the David Geffen School of Medicine at UCLA and Director of the Ocular Inflammatory Disease Center at the UCLA Stein Eye Institute, Gary is specifically concerned about gun violence as a public health issue. Among the long-term consequences of gun violence are eye injuries leading to blindness among some survivors.

Gary’s concern about gun violence was reinforced after a UCLA faculty member in the School of Engineering was shot and killed on campus by a former student in 2016. He was frustrated by the fact that, when he tried to discuss the shooting with colleagues, some asked what it had to do with ophthalmology. His response: “What did the shooting have to do with engineering? Gun violence can happen to anyone.” He is not sure how many people even remember the campus shooting now, which is a sad realization that these shootings fade from the public consciousness so quickly.

Gary feels strongly that solutions will depend, at least in part, on education and research. He is inspired by the increasing interest among young people, including medical students, in the issue of gun violence prevention. He has made it a goal to help channel their interest into constructive projects. As an example, a group of UCLA medical students are creating a teaching module on how to counsel patients about gun safety, for inclusion in the medical school curriculum.

Gary and his colleagues have also started a research study into eye injuries among survivors of gun violence, who are seen in the Emergency Department at Harbor-UCLA Medical Center, with its urban Level-1 trauma center. At this hospital alone, there is an average of almost one ocular injury related to firearm violence each month. When he is not treating patients, working with students, or involved in research, Gary enjoys outdoor activities such as bicycling and hiking. 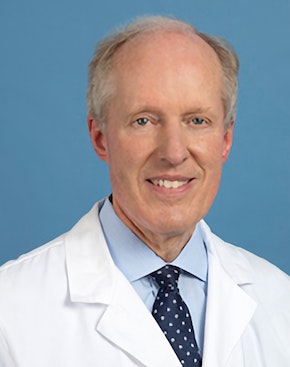