Eric Havian is a lawyer with Constantine Cannon, who has supported Brady from its inception. For the past 25 years, he has exclusively represented whistleblowers in his law practice but has supported Brady’s legal work as a Board Member of the Impact Fund and as an individual lawyer in pro-bono cases.

Regarding the practice of law, he says “most lawyers chose this profession because they want to make a difference. They often decide to go to law school before realizing that the commercial legal marketplace offers relatively few public interest opportunities. But even for those who work in jobs where they left their idealism at the door, I believe there remains a persistent desire to contribute. I think that impetus makes the legal profession a natural ally for Brady.”

Eric’s first exposure to gun violence prevention was in 1982 when he helped draft Proposition 15, a statewide ballot initiative that would have frozen the number of handguns in California. It ultimately was defeated, but the gun lobby spent record amounts to defeat it. The proposition was strongly supported by a wide array of people across the political spectrum, including Armand Hammer, CEO of Occidental Petroleum, and Otis Chandler, publisher of the Los Angeles Times.

Democratic pollster Peter Hart and United Farmworkers community organizer Marshall Ganz also helped with the campaign. While it took many years to pass the strong legislation that California now has, it was a worthwhile fight.

For Eric, the most frustrating part of so many years in the GVP movement is seeing those who oppose us crawl their last mile to support the NRA. Our support is a mile wide and an inch deep. Eric is committed to working with Brady to find a way for our supporters to match the passion of the gun lobby’s supporters. He thinks we’re getting there, but still have a long way to go.

“I’m enormously impressed with Brady, which transformed itself from ideological purity to a pragmatic street fighting organization. That’s what’s needed to win against the gun lobby, which practically invented brass knuckle politics. It’s what brought me back to this issue after a long period of disappointment.”

Eric supports Brady because he believes the strong grassroots support of the majority will ultimately prevail. The political system is heavily tilted in favor of money, so it’s been an uphill fight — with enough resources you can stoke a lot of fear. To paraphrase Dr. Martin Luther King Jr., Eric added, “if the arc of history really does bend toward justice, time is on our side.” 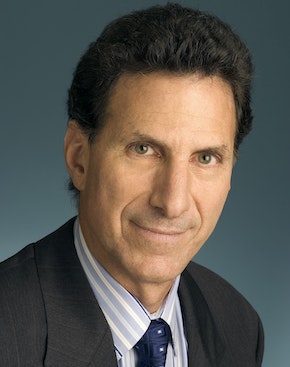