Bill D'Elia is an executive producer and director of television shows, with many popular and award-winning shows to his credit. He has been supporting Brady’s work for over 20 years, formerly as a National Board Member and currently as a member of the Southern California Regional Leadership Council.

Bill’s involvement in gun violence prevention happened indirectly as a result of his professional work in the entertainment industry. In 1990, Bill adapted, produced, and directed the novel The Feud into a movie. Central to the movie's premise was a pistol that began a feud between two families in neighboring towns. It premiered in Canada, a country that had relatively no gun issues. At the Q & A after the movie screened, nearly all of the questions he fielded were about his views on gun control. Canadians saw a message in the movie that he had not intended when he made the film. This made him realize that he did indeed have strong views about the gun issue in the United States and wondered if he had subconsciously included them in the film. It was then that he decided that in the future he would, wherever possible, tell stories on the issue of gun violence.

When he was an Executive Producer of the show Chicago Hope, he urged the writers to raise the issue of gun violence. They did a three-episode story arc about one of the doctor's sons accidentally discovering a pistol in the house and unintentionally shooting a friend. The shows were noticed and applauded by Brady and Bill offered to help any way that he could. In the pursuing years, Bill has made many meaningful introductions to Brady in the Hollywood community, most recently helping amplify the End Family Fire message.

What keeps Bill motivated to stick with the GVP movement is the overwhelming consensus in this country that gun violence is a problem that needs to be solved. He would like to see an end to the NRA's stranglehold on this country's legislature, noting that it makes it so difficult for sensible gun laws to get passed and for law enforcement to uphold the good laws we actually have on the books.

It makes him angry to see countries like Australia and Canada make an expedient change while we move so slowly in the U.S. Bill greatly admires those involved in the fight to bring about positive change here, however glacial it may be.

“I deeply admire the Brady team. They remain resolute and more strategic year after year and I am humbled to do my part.” 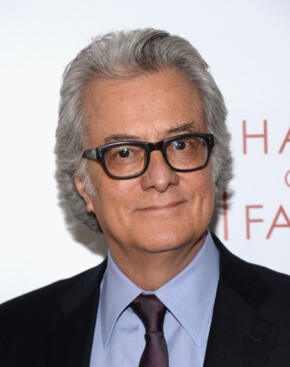