Read our most popular stories on Brady donors. Learn about their inspiration, motivation and desire to help Brady reduce gun violence in America. 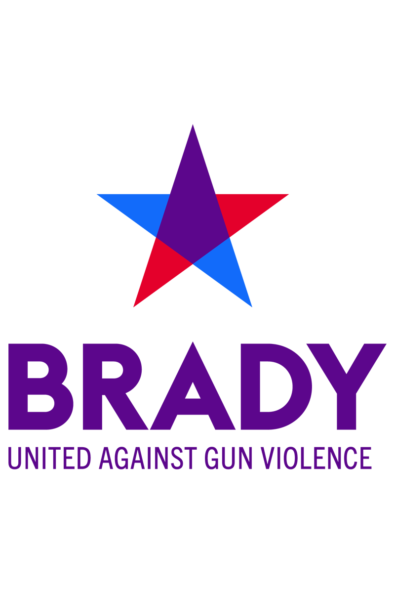 Rhoady grew up as a third-generation hunter where everyone in his family takes gun safety seriously. His dad had thirty or forty rifles and/or long guns and everyone in the family was taught to use them responsibly.

Jim Cashel and Anne Ching have made supporting Brady a family affair. Jim was introduced to Brady and our mission through his work with a digital communications firm.

Gary Sackett is, like many of us, understandably frustrated. A strong advocate and supporter of Brady and the gun violence prevention movement for nearly 40 years, he is filled with passion, knowledge, conviction, and he’s never giving up despite the obstacles that we face.

In 2018, Brady Legal and the Cooper Elliott law firm filed suit against Cabela’s, alleging that the company negligently and illegally sold a black powder firearm to a prohibited purchaser. The firearm was used to kill Bryan Galliher, the gunman’s neighbor, over a small argument. In honor of Bryan, the Cooper Elliott law firm donated a portion of the settlement to Brady.

Jack Lowe has done a lot over his 81 years. A devoted husband, father, grandfather, and the former CEO of TD Industries for twenty-five years, Jack has consistently demonstrated a passion for giving back, especially in his community of Dallas, Texas

Tom, 75 years young, started supporting Brady in 2015. In his words, “Just because you have a right to own guns or weapons, doesn’t mean you have to do so.”

Juano Queen, attorney and media executive, has the distinct honor of having served on two different Brady Regional Leadership Councils, first in New York and now in Los Angeles.

Tom Green first became interested in the gun violence prevention movement after serving in Vietnam where he “saw enough guns for the rest of my life.” When he returned to the U.S., Tom moved to Washington to begin his legal career as a federal prosecutor.

Jim Reichardt first got involved with Brady 37 years ago when it was still called Handgun Control, Inc. As a successful lawyer in Chicago, early on, Jim recognized the devastating effect of gun violence and wanted to be part of the solution.

Gary N. Holland grew up in Long Beach and became a supporter of Brady over three decades ago, simply as a concerned citizen who was alarmed at the level of gun violence that he heard about on the news.

As a British immigrant to the U.S., and now as a U.S. citizen, Kath was surprised that it took her nearly 15-years to “wake up to gun violence.” She was shocked to learn both teachers and students practice active shooter drills.

Melanie and Richard Lundquist are agents of change and two of Southern California’s most significant philanthropists. Their gifts have created the partnership for Los Angeles Schools, a sustainable turnaround model for underserved non-charter K-12 public schools, and they have helped innovate healthcare delivery and innovation, saving countless lives.

Bill D'Elia is an executive producer and director of television shows, with many popular and award-winning shows to his credit. He has been supporting Brady’s work for over 20 years, formerly as a National Board Member and currently as a member of the Southern California Regional Leadership Council.

Eric Havian is a lawyer with Constantine Cannon, who has supported Brady from its inception. For the past 25 years, he has exclusively represented whistleblowers in his law practice but has supported Brady’s legal work as a Board Member of the Impact Fund and as an individual lawyer in pro-bono cases.

Kristin Anundsen is involved in many causes and has supported Brady since it was called Handgun Control, Inc! At 80 years young, she lives in San Francisco and is active in women’s rights issues, the arts, climate change activism, and says that gun violence prevention “is way up there."

Josh is one of the founders and current principal of the Business of Sports School (BOSS), which teaches students the foundation of business and entrepreneurship along with academic subjects. BOSS gives many inner-city students in New York City, who might not have completed high school, the opportunity to graduate with both academic and business skills and a personal mentoring network in the sports community.

Tim, a successful entrepreneur and philanthropist, joined Brady's Board of Directors in 2009, serving with distinction for ten years. He was drawn to Brady because, in his opinion, the "Goliath" NRA no longer represented legitimate gun owners' interests, and he was also outraged by their indifference to the suffering caused by gun violence. Tim felt strongly that the NRA had become a lobby for gun manufacturers and a national security threat in need of opposition.

Marita and Kevin Daly have been Brady supporters for years and active in leadership since 2017. Marita, a retired lawyer and chair of Brady’s Northern California Regional Leadership Council (RLC), and Kevin, who currently works in finance at Five Corners Partners, work on gun violence prevention efforts in schools as well as gun violence protective order education and promoting safe gun storage.

Like many Americans, Mark’s life was impacted by gun violence — one of his dearest friend’s granddaughters ended her life in a gun suicide. Mark laments the senseless loss of life caused by gun violence in our country, and particularly in the city of Chicago.