Brady has worked alongside Mark Kelly and his wife, former Rep. Gabrielle Giffords (D-AZ), to change the laws and culture around easy access to guns and support programs that keep communities safe from gun violence. Brady and Kelly share a core belief that common-sense gun laws can save lives without infringing on the Second Amendment. By contrast, Sen. Martha McSally, the Republican incumbent in Arizona's 2020 Senate race, has consistently worked to advance the priorities of the gun industry. While a member of the House, she cosponsored legislation that would allow virtually anyone to carry a concealed firearm and worked to stymie efforts to get armor piercing bullets off of our streets. That is not the kind of leadership this country needs from the Senate right now. 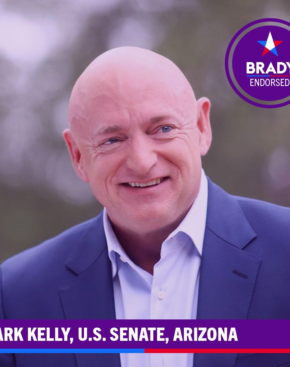