Create a Legacy with Brady

For over 40 years, Brady has worked to create a safer America by reducing the public health epidemic of gun violence. For many supporters, remembering Brady in your estate is a powerful way to leave your legacy in the fight for gun violence prevention.

Below you will find several easy ways to make Brady a part of your legacy, such as:

In doing so, you will contribute to Brady's mission, while preserving and enjoying assets you might need during your lifetime. Plus, a bequest to Brady Center is tax-deductible.

By including Brady in your estate plan, you will become a member of The Jim and Sarah Brady Legacy Society. The Society was established to recognize and honor those who, through their thoughtfulness and generosity, have made a legacy gift to the Center or Campaign. Members of our Legacy Society will be featured on our website, in quarterly newsletters and the annual report. As a member, you will also be invited to special events in your area.

Let us know—If you choose to include Brady Center or Campaign in your estate plan, we would be honored to know of your intentions and to welcome you as a member of our Legacy Society.

Interested in More Information—To become a member of Brady's Legacy Society, please complete our Brady Legacy Society interest form, and we will contact you.

For more information about how your charitable bequest can benefit Brady, please contact Christa Kovacs at (202) 370-8120. We also recommend that you consult with your tax advisor or planning professional. 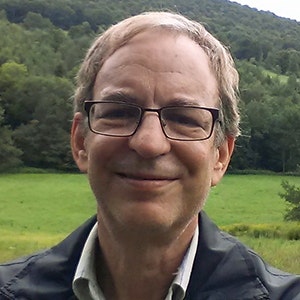 I was on the sideline for many years...then came Sandy Hook. After that tragedy, I decided to get more involved and made my first contribution to Brady. I looked at that story and how horrible it was -- how so many innocent lives were lost and how easily the killer was able to get his hands on his mother’s guns, and it made me sick. It could have been prevented. That was when I decided to get involved, to take a stand and support Brady’s efforts to enact stronger gun legislation.

The refusal of national-level politicians to pass any legislation to improve the gun regulations infuriates me. There have been state-level advances, but much remains to be done to change the gun culture in this country. We need improvement in the ways guns are sold and who can buy them; also, programs are needed to help keep weapons out of the hands of those people at risk of harming themselves or others.

It was uplifting to include Brady in my bequests. I feel like I’m doing the right thing. I know that my estate and our family’s estate is going for something that will make a difference. When I was doing estate planning, I wanted to include charities and organizations that I felt were effective and that would be around a long time- Brady is an organization which is effective now, and has had staying power. Even after I’m gone, I’ll still be making a difference in the fight for change.

If you believe that the country needs changes to the ways that guns are purchased and controlled, then giving to Brady is one of the most effective ways to do that by virtue of its experience, effectiveness and size.

We’re in the fight right now, we’re going to be in it five years from now and we may even be in it after I pass away, which hopefully won’t be for another 25 years. I’d prefer to see us win before then!

There are some charities where one’s money goes directly to helping people, like the Salvation Army or Feed America. Then, there’s Brady, where the money is used to pass legislation and change the country at its core. This feels just as important to me as feeding the hungry or saving an endangered species; it will also make America a better and safer place to live.

I give, devise and bequeath ($ amount/% amount) to the Brady (Center/Campaign) to Prevent Gun Violence, Inc., or its successor organization, a nonprofit corporation as described in section 170(c) of the Internal Revenue Code with national headquarters located at 840 First St. NE #400, Washington, D.C. 20002, to be used for its general purposes.

A Bequest for a Specific Purpose

If (name of beneficiary) does not survive me, or shall die during the administration of my estate, or as a result of a common disaster, then I give to the Brady (Center/Campaign) to Prevent Gun Violence, Inc. or its successor organization, a nonprofit corporation, as described in section 170(c) of the Internal Revenue Code, with national headquarters located at 840 First St. NE #400, Washington, D.C. 20002, all the rest, residue, and remainder of my estate, to be used for its benefit.

Designating Brady as a beneficiary of your retirement plan is an especially tax-wise way to support. Brady receives all or a part of the plan assets in full, undiminished by estate and gift taxes.

By naming Brady as the beneficiary of your retirement plan, the full amount of your legacy gift is available for a designation that you specify or as unrestricted funds that provide flexible support.

You can designate Brady as a beneficiary of part or all the remainder of your IRA or retirement plan.

How to include Brady

Brady welcomes the opportunity to work with you and your clients on tax-efficient ways to support Brady Center and Campaign to Prevent Gun Violence. Please contact us directly for information or confidential assistance.

All charitable gifts should be directed to either: