I first met Jim Brady, 17 years ago, on my first day working as an attorney for what would later be renamed the Brady Center to Prevent Gun Violence. After I introduced myself and shook his hand, he looked me up and down from his wheelchair and said, with an impish grin, “Just what we need—another lawyer.”

That was Jim. The bullet that ripped through his head might have robbed him of his health and taken years off his life, but it could not slow his quick wit or stop his indomitable spirit.

Jim spoke his mind with a bluntness that is rare for anyone, and almost unheard of in our nation’s capital. His humor helped him get away with it, along with the fact that he was Jim. Even if you didn’t know that he had been President Reagan’s press secretary, and the driving force behind one of the most important laws ever passed in America, you sensed he was larger than life.

Jim was one of a kind. 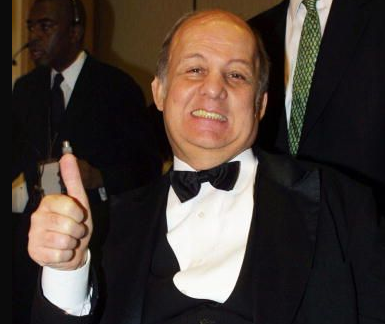 It was Jim’s spirit—his fight—that enabled him to survive John Hinckley’s assassination attempt on March 30, 1981, even though doctors thought he might not survive—and the media even declared him dead.

It was Jim’s fight that drove his arduous rehabilitation from a devastating brain injury. Not many people could have come back from those injuries, able to launch barbs 15 years later.

You could sense Jim’s strength from his wheelchair, an iron will behind his humor. Like all great humorists, his jokes often disguised the most serious of points. And his good-hearted nature could not completely mask his anger at what that bullet—and the insanity of our nation’s gun laws—had taken from him, something he could never get back.

And it was Jim’s fight that brought some sanity to America’s gun laws and ultimately led to the passing of the landmark federal legislation that bears his name—the Brady Law. As President Clinton said of Jim and Sarah, the lives they have saved are “countless.”

But Jim Brady’s greatest legacy is what he teaches all of us and what he inspires. For those who loved Jim, and the many more who were inspired by him from afar, it is our duty to follow his example and make America the safer place we all deserve. There might not ever be another Jim Brady, but we can emulate his spirit. Keep caring. Keep fighting. Keep a smile on our faces.