Guns do not belong in our democratic process, plain and simple. With armed threats looming, it urgent we act now.

Now that NRA TV is Shutdown, Here are 5 Better Things to do With Your Time

The National Rifle Association (NRA) recently announced that they have shutdown production of their far-reaching media arm—NRATV—and severed ties with their three-decade long partner, Ackerman McQueen amid ongoing lawsuits. Inner turmoil, Congressional investigations, and a vow to investigate their tax-exempt status has rocked the rapidly unraveling NRA for months now. 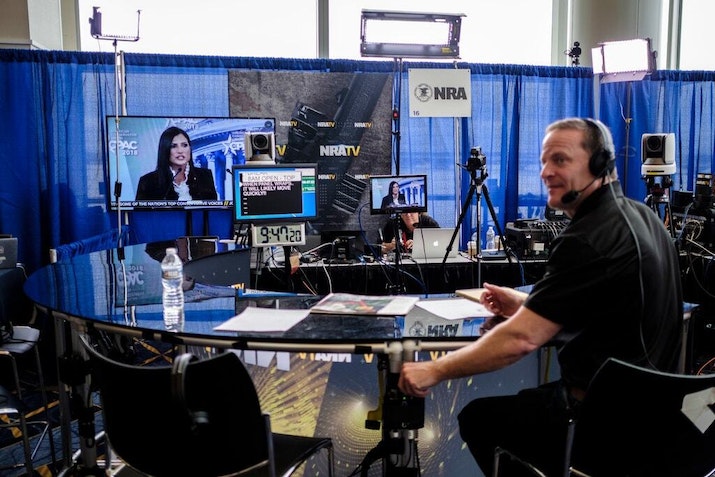 With the doors finally being shut on NRATV, and an agreement to only broadcast outdated episodes, here are five better things you can do with your extra time! (Assuming you were watching in the first place!)

1) Attend unifying rallies that address gun violence prevention, not demonize it. It was a fan favorite when NRATV hosts demonized and attacked organizers of peaceful movements that addressed gun violence, like March for Our Lives. With your spare time, we recommend you get loud and fired up at our Gun Violence Prevention Special Session Rally!

2) Get involved with an organization or chapter that puts people over profits. The NRA’s base is dwindling in support and their organization is known to put profits over people. There are tons of ways to get involved and make your voice heard! If you’ve always wanted to get involved, look no further and join a Brady Chapter today!

4) Listen to credible news sources that don’t spew divisive, hateful rhetoric. NRATV’s approach of misinformation and inflammatory rhetoric alienated their own members. They even went so far as to mock ethnic diversity by portraying the characters in the kid’s show “Thomas & Friends,” in Klu Klux Klan hoods.