False reports of gunfire at the Capital Pride Parade made painfully clear the pervasive threat of gun violence in America — especially for LGBTQ people.

My first pride parade was unlike any rally I’ve ever attended in our nation’s capital. You could feel the energy pulsing from corner to corner as thousands marched, chanted, and danced in support of LGBTQ rights. I was there as an intern representing Brady, and I eagerly handed out buttons, stickers, and signs in support of Team ENOUGH and our partner, Gays Against Guns. It wasn’t long before my bag of Brady merchandise was empty, and after three hours of advocacy and organizing, our team decided to break for the day and enjoy the rest of the pride parade. 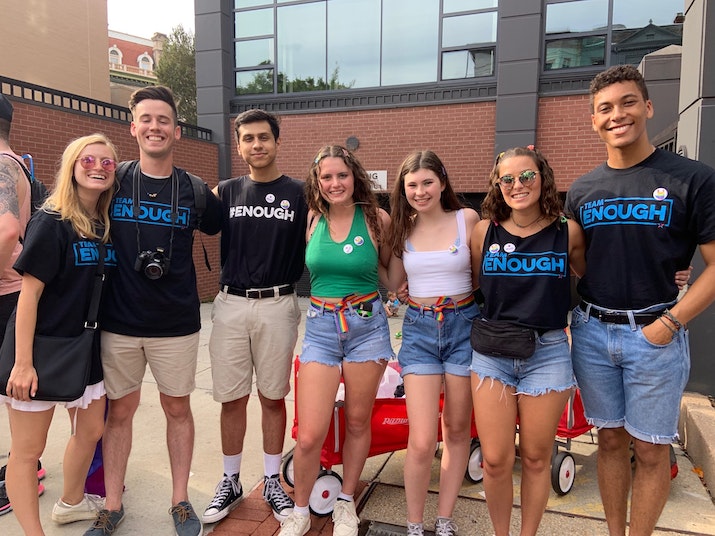 After heading our separate ways, I went to catch the tail end of the parade. As the final few trucks pulled their caravans of pride-goers, an uneasy feeling arose as I noticed frantic scrambling out of my peripheral vision. “Active shooter,” shouted one person as she bolted through an alleyway. Panicked crowds filled the streets. People around me fled, knocking over barriers and running into restaurants, hotels, bars, houses — anywhere they could go for safety. I stood in shock, not knowing where to turn or who to ask for help. Police officers didn’t have any updates and news outlets hadn’t picked up the story yet.

With all of these uncertainties, one thing became extremely clear to me: The potential of gun violence at public events has become a reality of my generation, and it has the power to wreak havoc in our communities in a matter of minutes. 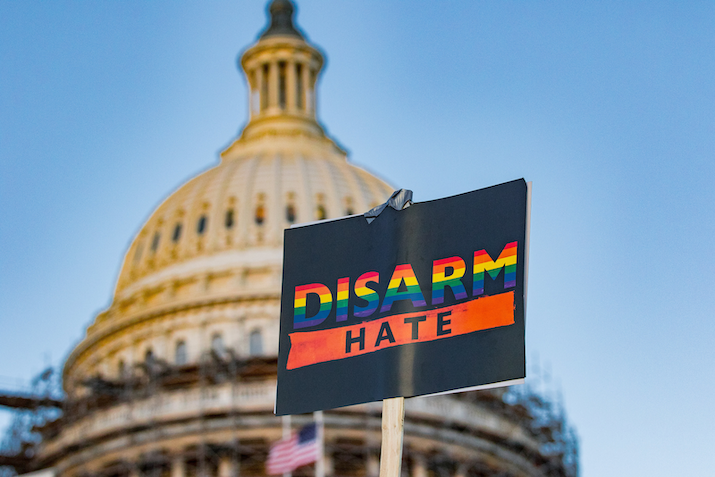 It took close to an hour for city officials to announce that there was no active shooter, but several people were injured after being trampled. We now know that it was a BB gun that set off the initial panic and no shots were fired. But this weekend solidified for me how the threat of gun violence is shaping the way my generation lives and functions. This scare during the D.C. Capital Pride Parade came just days before the anniversary of the mass shooting at Pulse nightclub in Orlando, when 49 people — most of them young, LGBTQ and Latinx — were killed. So many people in America live in fear of being shot — at public celebrations, at nightclubs, at churches, at schools, at synagogues, at the movies.

No one should feel anything but uplifted during an event of unity and celebration. I’m determined to stand strong and advocate for gun violence prevention. We must do so much more to #DisarmHate, protect our communities, and end gun violence in America. I won't stop fighting.