What Are So-Called “Second Amendment Sanctuaries?"

Ultimately, "Second Amendment sanctuary" resolutions are purely symbolic and have no legal weight — and many state officials are making this clear.

Listen to Our Podcast Explainer

Listen to our podcast episode explaining the who's and what's of "Second Amendment sanctuaries." 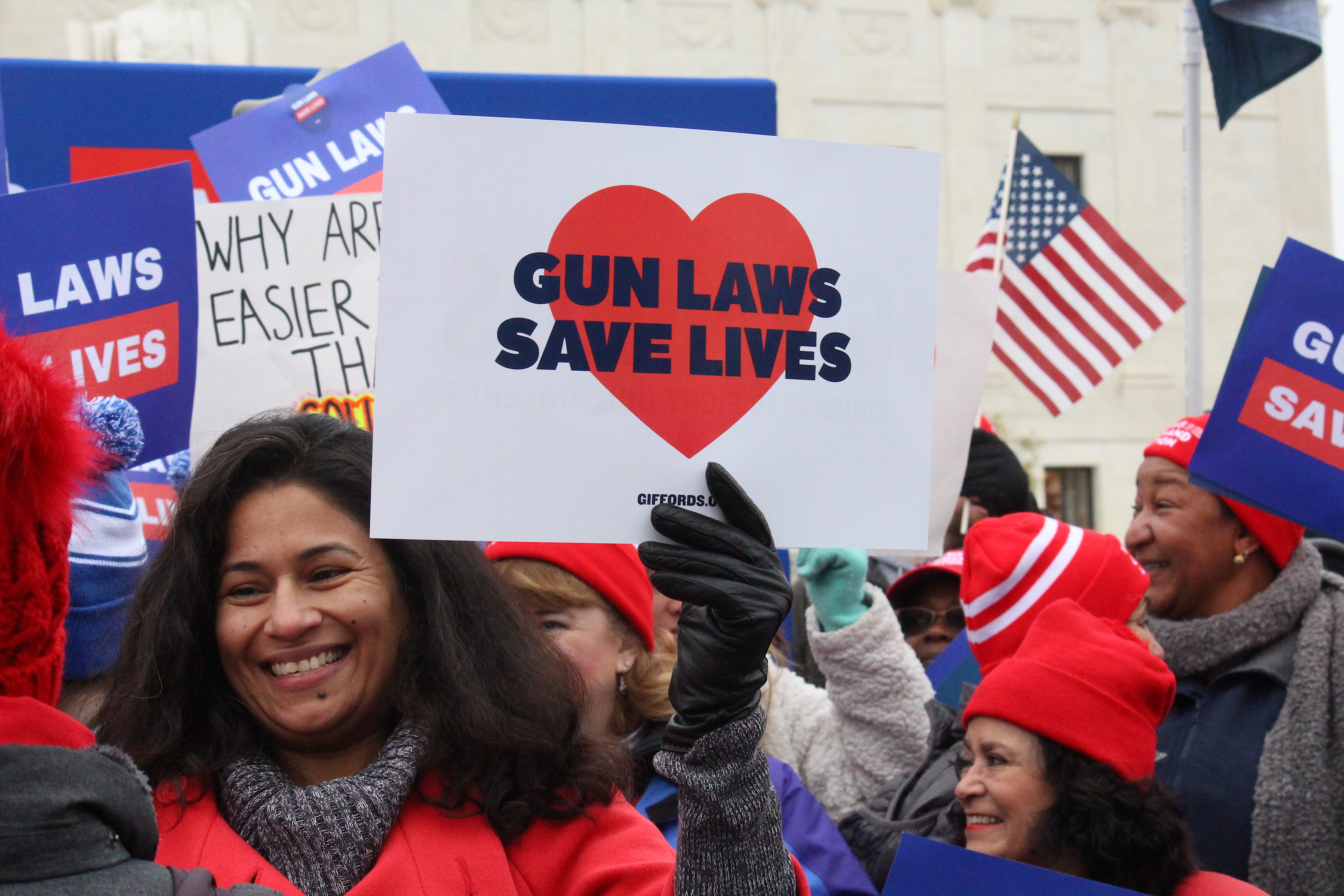 “Second Amendment sanctuaries" are built entirely upon a tightly held and inaccurate belief that common-sense gun safety laws are unconstitutional. This movement is a clear backlash orchestrated by the gun lobby in response to recent wins in gun reform. Over recent years, voters across the country have elected lawmakers committed to preventing gun violence by passing common-sense and evidence-based measures like universal background checks, safe storage laws, and extreme risk laws. The extreme gun rights advocates behind so-called “Second Amendment sanctuaries” want to stop these laws before they can go into effect.

The Truth? These Gun Safety Laws Don't Infringe on the Second Amendment

According to these gun rights extremists, common-sense gun safety laws infringe on their Second Amendment rights. But the truth is that the Second Amendment is not under threat — and coordinated efforts to purposefully mislead the public or refuse to enforce public safety laws are dangerous. The gun safety measures that are being denounced by extreme gun rights advocates were passed by democratically elected legislators and were signed into law by state governors. Common-sense gun safety laws do not interfere with the rights of gun owners — but they do keep guns out of the hands of those who cannot or should not possess them.

"These resolutions have no legal force, and they’re just part of an effort by the gun lobby to stoke fear."

State officials are calling out these bluffs, which are fueling fears and misunderstandings about gun safety laws. In Virginia, Attorney General Mark Herring confirmed that the many "Second Amendment sanctuary" resolutions being passed in counties and areas throughout Virginia "have no legal effects," and that the localities must follow gun violence prevention measures passed by the Virginia General Assembly. New Mexico officials have a similar response. The New Mexico governor's office underscored that — despite arguments by the gun lobby — the state's new gun safety laws do not infringe on New Mexicans’ constitutional rights. This much we know — law enforcement and local governments can't categorically refuse to enforce public safety laws based on an extremist ideology.

“These [Second Amendment sanctuary] resolutions mark an expression of opinion, and that’s fine. [But] state law will be followed."

Where Are “Second Amendment Sanctuaries” Appearing?

An asterisk (*) indicates where local Brady Chapters have engaged in opposition to so-called “Second Amendment sanctuaries." 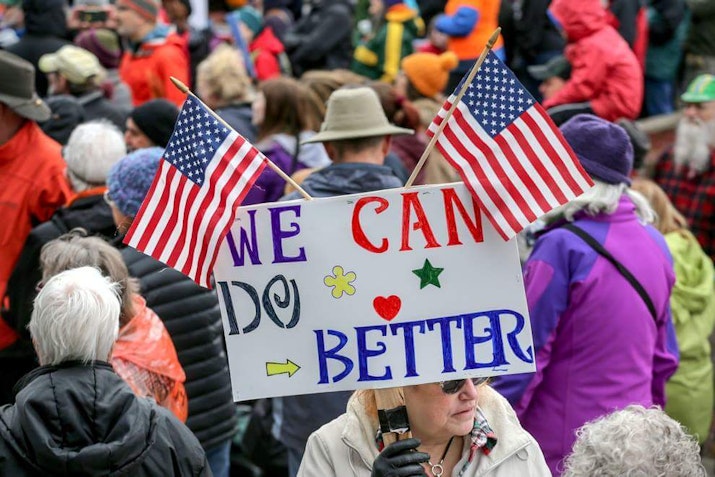 Who’s Behind the Movement for “Second Amendment Sanctuaries?” The Gun Lobby

We discovered that the NRA was pulling the strings behind so-called “Second Amendment sanctuaries” in New Mexico. New Mexicans were among the wave of voters who elected a gun safety majority to their state legislature in the 2018 midterm elections. But when elected officials passed legislation to address New Mexico’s gun violence epidemic, the backlash was swift. Twenty-five counties passed so-called “Second Amendment sanctuary” resolutions opposing the new laws.

We submitted public records requests to determine the source of this troubling effort, and we confirmed that the National Rifle Association (NRA) was at the helm, closely coordinating with and influencing the New Mexico sheriffs’ refusals to enforce gun safety legislation.

Why Immigration Sanctuary Cities are Different than “Second Amendment Sanctuaries"

Extreme gun rights groups are co-opting “sanctuary” language from the immigration reform movement, branding themselves like sanctuary cities for undocumented immigrants. But the similarities between these two movements are purely semantic. When it comes to immigration, the Constitution is clear that local governments aren't obligated to enforce federal immigration policies unless state or federal law says so. But when it comes to so-called “Second Amendment sanctuaries,” sheriffs and localities are refusing to enforce state — not federal — policies, meaning that they are ignoring the rule of law in their own state.

Generally, localities cannot ignore state public safety laws or enact any local laws that conflict with state law. It's the responsibility of state legislators to pass legislation, for the governor to sign them into law, and — if challenged — for the court system to rule on their constitutionality. It's improper and dangerous for a local government to try to circumvent state law and to falsely imply that these townships, and the people residing in these townships, are not subject to the law.

It is unfortunate and ironic that the areas across the U.S. passing resolutions in opposition to common-sense gun safety laws are those that would benefit the most from such laws, particularly with respect to suicide prevention. For example, Colorado has one of the highest suicide rates in the U.S., and half of the state's suicides are carried out with a firearm. Yet Colorado sheriffs are refusing to enforce the state's new extreme risk law — also known as a "red flag law" — which is a proven tool to prevent gun suicides. In fact, 9 of the 10 Colorado counties with the highest suicide rate over the past 10 years have declared themselves as so-called “Second Amendment sanctuaries.” Ironically, 22 out of the 24 sanctuary counties where data is available — or 92% — have suicide rates above the state average.

In reality, Colorado's new extreme risk law appears to have helped save a life almost immediately. The day after it went into effect, Denver police invoked the law in regard to a domestic violence situation in which they temporarily removed access to guns from a man who allegedly abused his wife and made suicidal statements. The man repeatedly told police he was “contemplating doing something bad to myself” and that it was a “good thing they stopped me."

This example in Colorado illustrates how “Second Amendment sanctuaries” ultimately put constituents at risk by threatening to block gun safety laws designed to save lives. What's more, they're undermining the very oath sworn to by law enforcement — to protect and serve the public.

HOW TO TAKE ACTION AGAINST “SECOND AMENDMENT SANCTUARIES"

By preparing talking points and showing up and testifying at local hearings on “Second Amendment sanctuaries,” local activists can demonstrate to local officials the serious problems that these resolutions could bring to their locality. New Mexico County Commissioner Gabriel Romero even reversed his decision after local advocates spoke up, saying, “Never in the last 16 years have I felt like I made the wrong decision until a couple weeks ago, when we voted on the first resolution.” Please email us if you would like to discuss any upcoming hearings. We also have sample local talking points from New Mexicans to Prevent Gun Violence that you can use to shape for your specific state.

By conducting media research in New Mexico, the Brady team identified New Mexico Sheriff Tony Mace as a leader of the unconstitutional “Second Amendment sanctuary” movement among local sheriffs. We were then able to craft public record requests for Sheriff Mace’s communications with the NRA and other gun-rights groups. For more information on how to file a public record request, contact us over email.

More now than ever, we need gun violence prevention champions at every level of government. We know that the majority of Americans want and support gun safety, and these “Second Amendment sanctuaries” do not represent the overwhelming support for common-sense gun laws. In 2020 and beyond, be sure to register to vote, vote for Brady-endorsed gun violence prevention champions, learn your representatives, and keep up-to-date with Brady-led events. Learn more about our election work, including Brady-endorsed candidates.