Thanks to grassroots supporters like you, we helped regulate ghost guns and the parts and kits to build them!

President Biden announced a new rule to regulate ghost guns! For months, we mobilized Americans across the country, who submitted thousands of comments supporting this sensible regulation. Now, we have a fighting chance to combat the spread of these fully-functioning firearms.

It’s simple: If you can’t pass a background check, you shouldn’t be able to build a gun in your basement.

Ghost guns are specifically designed to evade gun laws. It’s why they are a growing murder weapon of choice in America. But President Biden’s executive order would change that.

We had a small window to take action, and we had to act quickly. Almost immediately, the NRA and its allies launched an aggressive campaign to oppose the regulation. But we succeeded in illustrating a groundswell of support for sensible gun laws.

Help Us Get Loud!

"If you can’t pass a background check, you shouldn’t be able to build a gun in your basement. We must regulate homemade "ghost guns." Visit ghostgunsarerealguns.com now to take action. 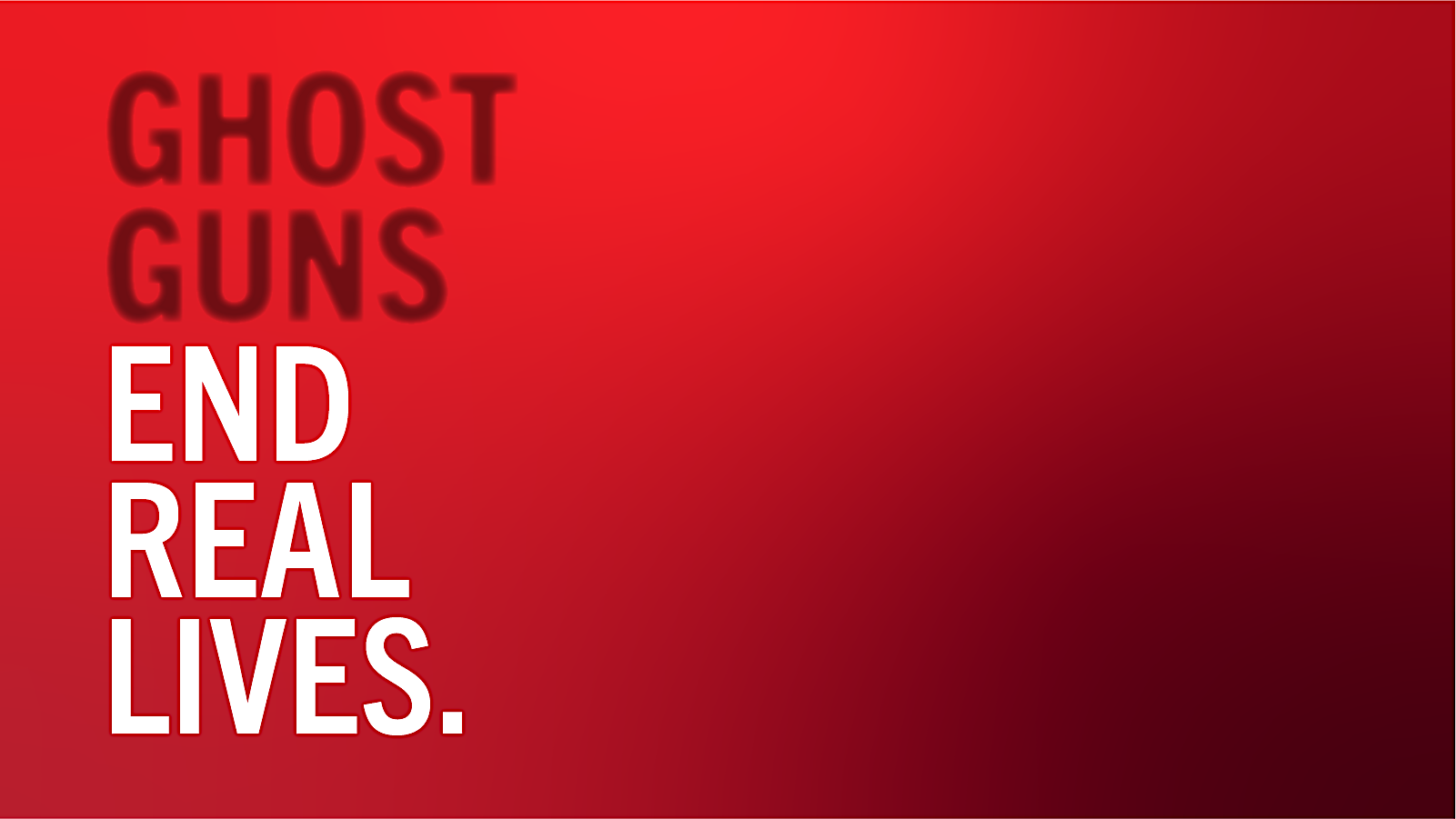 What Are "Ghost Guns" and What's the Problem?

Ghost guns are are a growing murder weapon of choice in America. They are untraceable firearms that anyone can buy in parts and kits and assemble at home. If you can build a model airplane or a lego set, you can easily assemble a ghost gun. Because they're unserialized, ghost guns are nearly impossible for law enforcement to trace. They evade background checks, making them popular among people who intend to use them in crimes. Ghost guns are increasingly being used in robberies, mass shootings, and homicides across the country. It is urgent that we close the so-called "ghost gun loophole" that allows these homemade firearms to evade existing gun laws!

Watch our video to learn more about the threats posed by unregulated ghost guns.